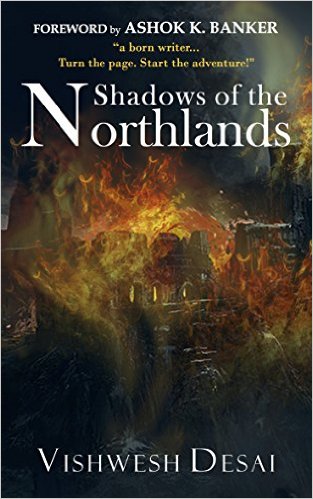 Shadows of the Northlands by Vishwesh Desai

Blurb from Goodreads: This is the Empire. The greatest nation in the known world.
And it is at war.
When the Crown Prince hears about cities and villages attacked and razed to the ground, the land blackened and left infertile, the already shackled military commands the maverick bounty-hunter Merin and the slick courtier mage Rikkard to find the root of the destruction.
However, as they tackle this mystery, they discover an ancient hatred spanning centuries, with a dark secret linked to Merin and the painful past behind the satirizing cavalier. A swashbuckling tale of suspenseful fantasy and horrifying mystery that is loaded with humor, The Shadows of Northlands will leave you riveted from cover to cover.

1. When did you first realise you wanted to be writer?

1. I’d had aspirations of being a writer since I was 11,12. I began writing a couple of novels in 6th and 7th grade, but I abandoned them soon after at 9000 words and three chapters in, respectively. Shortly after that, the prospect of writing a full-fledged novel seemed too intimidating to me at the time, so I forgot about writing books for a while. Then, the Writer’s Club, hosted on the first Sunday of every month at British Library in Ahmedabad, gave me a platform to share my work. One of the short stories I read out there was published in the Estrade Literary Magazine, and a couple of months after that I read out the first thousand words of what was to become Shadows of the Northlands at the Writer’s Club. I’d conceptualized it as another short story, which turned into a novella, which turned into a novel, and is now a trilogy.

2. What was the most surprising thing you learned in creating your book?

2. I have patience and persistence.

3. How does it feel to be one of the India’s youngest writer?

3. It feels amazing and intimidating, to be honest. I’ve been invited to a few Lit fests now either for a book launch or for a panel discussion, and I’ve been in panels with several established authors. At the moment I just went with the flow, but when I processed it later, I was stunned to be having a dinner conversation with Amish Tripathi at the Kumaon Lit Fest!

4. Do you google yourself?

4. Not regularly, but I have done so a couple of times. It’s awesome to see my website being the first link that pops up!

5.Seeing your book in one of the top section of a bookstore, what does it feel like?

5. I end up staking out a few meters away to see if anyone’s coming to buy it.

6. Any thoughts about the next book?

6. It’s still in the incubation stage. The plan is to finish the trilogy before I go to college, and I’m going to begin actually writing the second book after my board exams in March.

7. Which character was most difficult for you to write in Shadows of the Northlands?

7. Captain Allison, the female lead character. I’m not experienced enough to understand the opposite gender’s thoughts fully yet, so I was always stymied whenever I was writing a scene from her perspective. It worked out in the end, though. 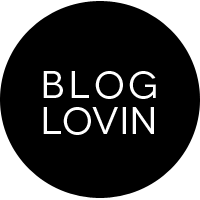 Quote of the Day

“No one is entitled to anything. Everything we get in this life we have worked for. And sometimes we take on baggage we never even signed up for, but that dosen’t mean you deserve it. I wake up everyday wishing I could change things, but I can’t change past. All I can do is change the future.”— E.M. Youman
Goodreads Quotes